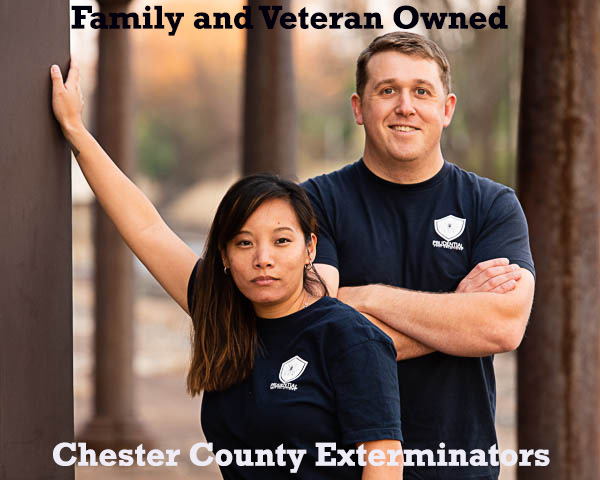 This yellow jacket nest was in the ground inside the fence of the goat pen in Nottingham PA in South Eastern Chester County. After the homeowner and their farm hand were stung, they knew they had to call in the professionals at Prudential Pest Solutions to treat and remove this nest.

The goats were very curious as to who I was and what I was doing. They kept their distance but eventually came over for an introduction. Since there was livestock present, we had to be very selective about our treatment process and the chemicals we used.

After I put on my bee suit, I used my favorite aerosol insecticide PT PI. This product was perfect for this situation because it kills the yellow jackets quickly, permeates the entire nest, and most importantly, does not have any residual.

I wanted to make sure that whatever treatment method we used would NOT harm any of the goats. The nest itself was in the ground under an old piece of fencing.

Once I moved some of the leaves and debris I could see the paper outer layer of the nest. I also knew I found the nest because the yellow jackets immediately came out of the nest.

This nest was medium size but very active which is why the workers were stung so many times. They had tried to spray some “over the counter” wasp spray but were unable to fully eradicate this nest. This is because the nest was guarded by leaves, debris, fencing material, and the paper outer layer.

Our chemical was able to make quick work of this nest. It also helps to wear a protective bee suit too! Prudential Pest Solutions is a Family and Veteran owned and operated pest control and exterminating company.

We are EXPERTS at treating and removing Hornet, Yellow Jacket, Bee, and Wasp nests. We service Chester, Berks, Lancaster, Montgomery, Delaware Counties and ALL of South Eastern and South Central Pennsylvania.