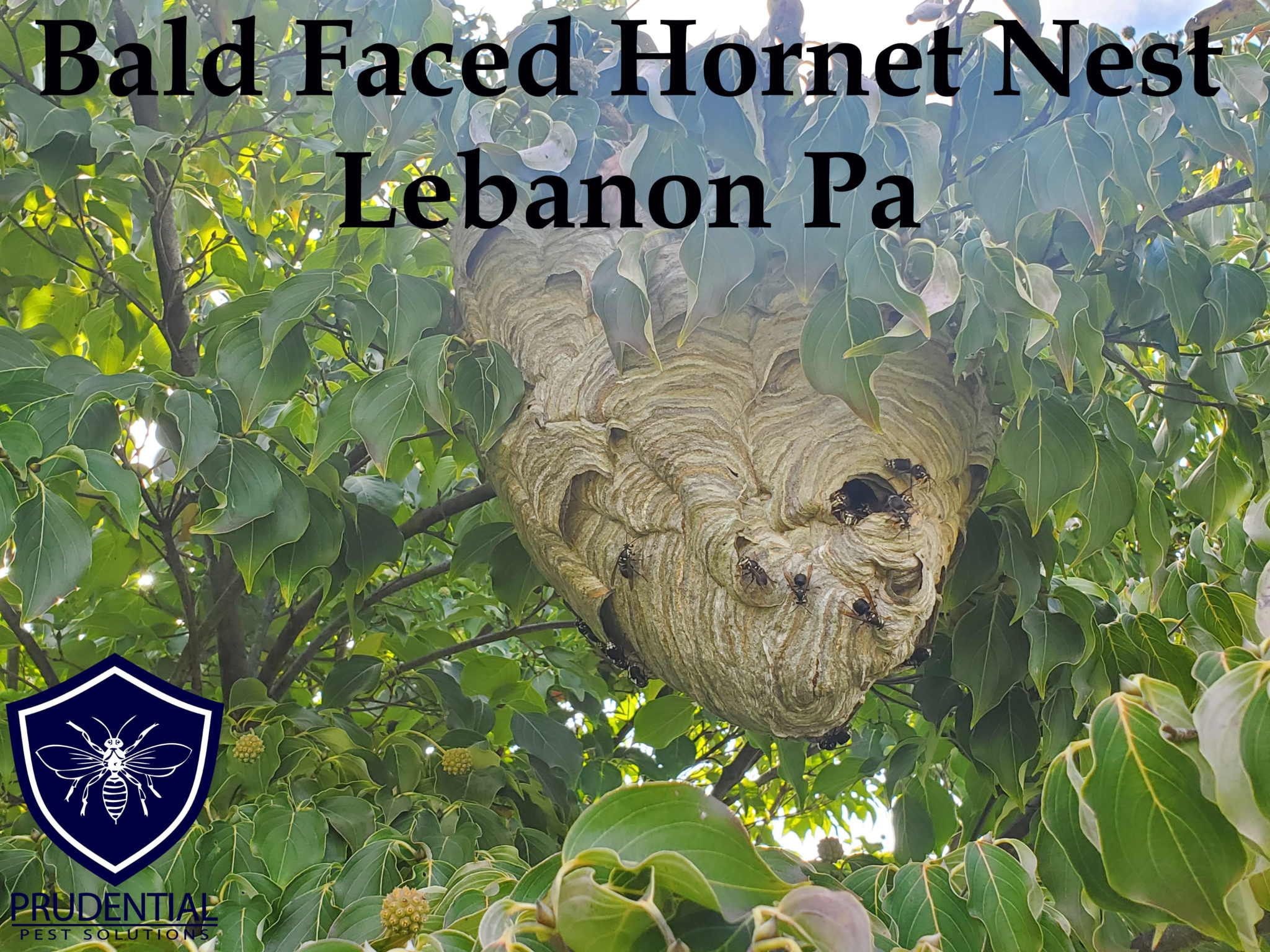 This property in Lebanon Pa had 2 bald faced hornets nests on their property. 1 very large, basketball sized, nest was located in a tree in the front yard.

The other hornet nest, about softball sized, was on the second story soffit and siding. We treated and removed both of these nests in 5 minutes!

I started with the large nest in the tree. Using a Little Giant ladder, I was able to get pretty close to the nest. PT PI was then injected into the nest opening to kill off the hornets in the nest including the queen.

The remaining hornets that were not in the nest will be treated using a gas powered mister. Once the large nest was treated, I used a small saw to trim the branches that the nest was built around.

After the nest is removed, the remaining hornets typically gather and hover around where the nest used to be in the tree and do not follow the removed nest. 1 nest down, 1 to go! I adjusted the ladder to access the roof to treat nest #2.

The second nest was a soft ball sized bald faced hornet nest mounted to the soffit under the second story roof. Using the same ladder I used for the first nest, I was able to get on the porch roof to treat and remove the nest.

The second nest was not only smaller, but also had less hornets in it. This nest was active but since it didn’t have the population of the first nest, it was quicker to treat and remove. After the nest was treated, I removed the nest and scraped off the nest debris from the soffit and siding.

There is ALWAYS a small ring that remains on the siding where the nest used to be. This is a tell tale way to see that a home had a hornets nest in the past.

I was able to treat and remove these 2 bald faced hornets nests in 5 minutes because I have the professional gear, chemical, and experience. After both nests were treated and removed, I sprayed the area to kill off any of the stragglers. Another satisfied client with less hornets on their property.

We specialize in treating and removing Hornet, Yellow Jacket, Wasp, and Bee nests from in and around homes.

As a Marine Corps Veteran with a degree in Biology from Penn State, I promise you haven’t met an exterminator like me before!

One thought on “2 Hornet Nests at 1 House”