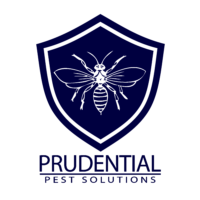 Check your home for pest entrances

When checking your home for potential pest entrances it is very easy to focus on BIG openings. Big openings for rodents and wildlife are generally more noticeable than insect entrances

In the video, we were at a home that did NOT currently have a pest issue. By performing a thorough pest inspection, we identified a gap where some flashing met with the brick wall.

At one point in time, the caulk that filled this gap was tight and sealed. Now, however, the caulk has deteriorated to a point that a gap is formed. Crawling insects such as ants and spiders LOVE to enter a home through gaps like these.

Other Areas to Check

When inspecting a home for pest entrances, you will want to focus on a few key areas. These are areas where brick or stone meets with flashing, siding, fascia boards, and trim. These areas often have gaps where caulk was once installed, or no caulk ever was used.

If there is a current insect infestation, then sealing up the gap should happen AFTER the infestation has been resolved. Had there been an active infestation or pests actively using the gap in the video, we would have treated and then sealed up the gap at a later time. This would allow the treatment to be most effective for the insects inside and outside of the home.

What to treat with?

In the video, we use a silica insecticide dust called Cimexa. Cimexa is an AWESOME product for a few different reasons. I really like Cimexa because of its low toxicity and long residual time. When left undisturbed, the dust can last 10 years!

There are many different types of insecticide dust that could be applied to the gap before sealing shut. ALWAYS read the label and ONLY apply the dust in manner that is allowed by the label.

I would not recommend using a liquid spray into the gap area. Sprays, which are liquid based, can lead to excess moisture in an area that will have no airflow once sealed up. Sprays also do not have the long residual times that dusts have.

By using Cimexa, the area behind the gap will have lasting protection against future insects. In fact, the dust will still probably be active even after the new caulk has broken down!

In the video we mention that ants, spiders, and many other crawling insects will enter the home through the gaps shown. I have also seen yellow jackets and other wasps enter through these gaps as well. The yellow jackets or wasps will make their nest in a wall void inside of the home after entering through the crack.

By applying a dust and sealing up the crack and gap, we can prevent insect infestations in these areas