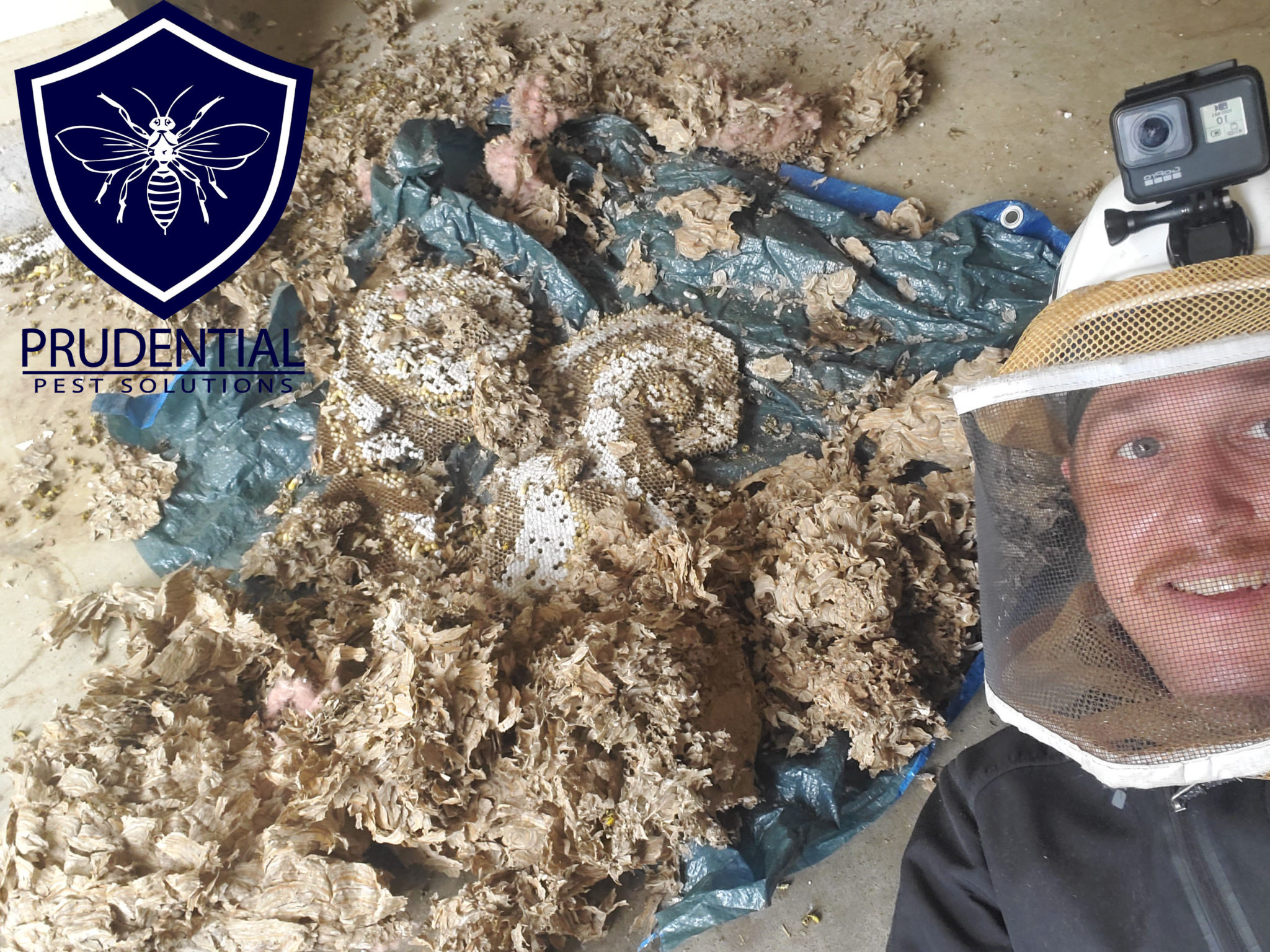 Our client in Lancaster Pennsylvania was finding live and dead yellow jackets in his garage. When I hear that, I immediately think that there is a yellow jacket nest in the structure.

This treatment took place on a Saturday morning because when you are dealing with hundreds or thousands of stinging insects, delaying treatment is not an option.

I found a small opening in the corner of the drywall where the yellow jackets were entering the inside of the garage. Directly above that area was a moisture stain on the ceiling. When I got my ladder out, the drywall in the moisture stain was SUPER soft and I could have put my finger right through it. This confirmed that the yellow jacket nest was directly above the ceiling.

This client requested that we use minimal chemical to treat and remove the nest. They were ok with us using our preferred treatment chemical PT PI in the ceiling void. This is because PT PI is a non-residual, very short term chemical. I like PT PI because it permeates the entire ceiling void and kills very quickly.

Once the activity in the ceiling void ceased, I began removing the nest. I soon discovered that there was a nest from a previous year in the same ceiling void. The shear amount of nesting material I removed from the ceiling area was pretty surprising. After the nest had been treated and removed, I taped up the opening to prevent other yellow jackets from entering the garage.

Typically we would apply a long term insecticide dust to the void but this client preferred no other chemical be used. The final step in any of our yellow jacket treatments is to clean-up the area. There were a ton of dead yellow jackets and nesting material on the garage floor but we ALWAYS leave a clean and tidy area when we finish.

Prudential Pest Solutions are EXPERTS at treating and removing yellow jacket, hornet, wasp, and bee nests. We service all of South Eastern and South Central Pennsylvania.