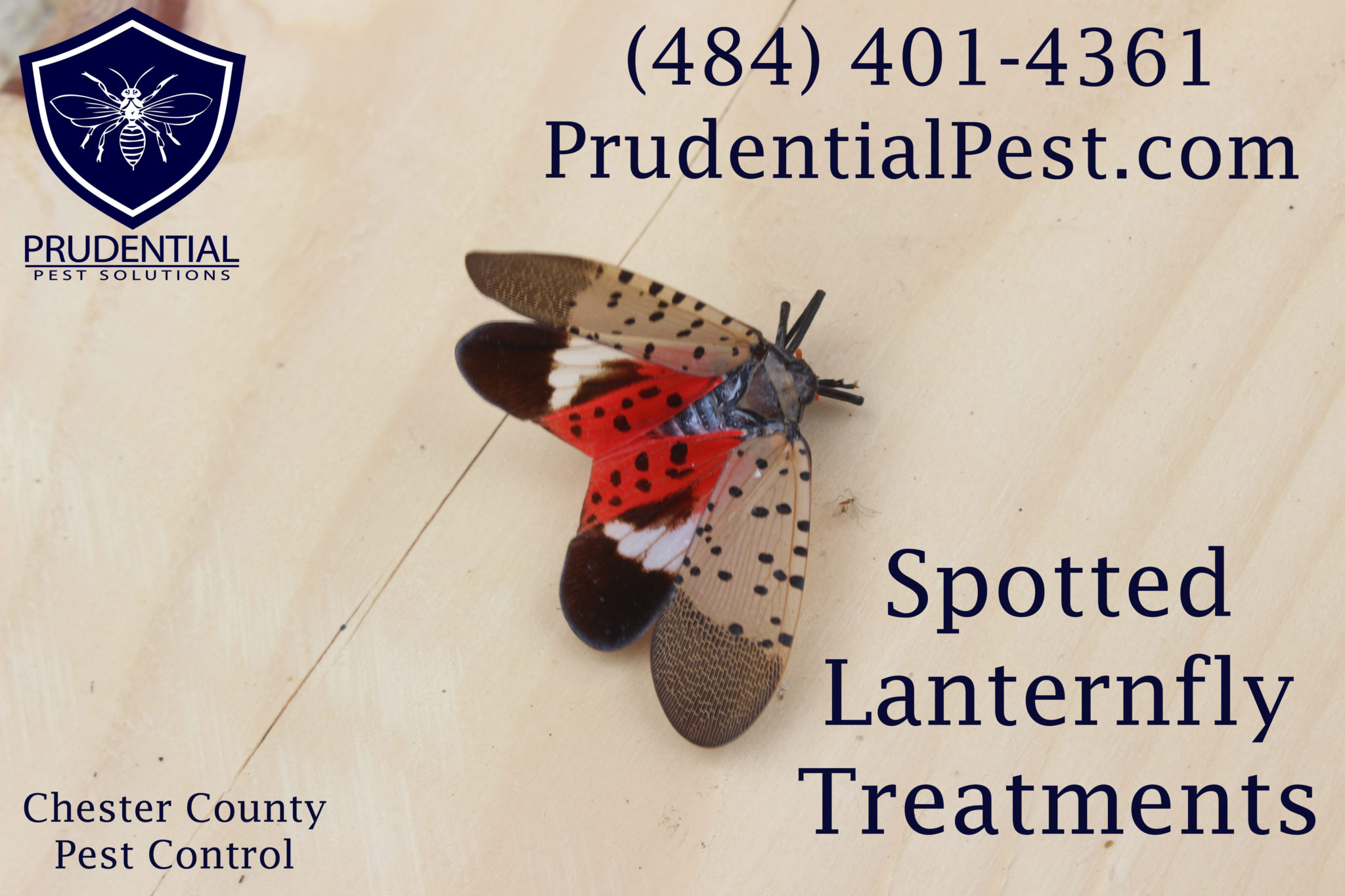 The spotted lanternfly has become a huge problem for Chester County and surrounding areas since its introduction to the U.S. in 2014.  Dr Julie Urban from the Department of Entomology at Penn State, provided an update on the spotted lantern fly in September of 2018.  Although the public is becoming more informed about this invasive species, the update provided by Dr Urban shows the hard work being done to combat this insect.

Dr Urban created a very informative video outlining the work and studies being performed. If you would like to few the video, you can check it out here.

It has been a little over 4 years since the introduction of the Spotted Lanternfly (SLF) in Berks County.  As homeowners and pest control professionals, we have all had to learn how to protect our trees and treat this invasive species.  Initially, the PA Department of Agriculture assembled a group of scientists from all over the world to to study the SLF.  Some of the international scientists came from China and Korea where the SLF originated.

Since the spotted lanternfly is an invasive species, the initial action was to institute a quarantine.  In the spring of 2018, the PA Department of Agriculture starting allowing the use of insecticides to treat for the SLF.  Prior to this order, pest control professionals were not legally able to treat for SLF.  This is because we can only use an insecticide to treat for insects that are listed on the label of the chemical.  Since SLF was not a listed pest on the label, we could not treat.  In 2018, the SLF was designated as a “leaf hopper” which is a listed pest on many insecticides.

Some of the treatment studies that Dr Urban describes includes the use of insecticides.  There are 3 main insecticide studies happening on the SLF.  One study is studying the effects of insecticides on the egg cases.  The focus of this study is test the effects of treating objects that have egg masses on them.  Common examples of these objects include apple and grape cases.   The other two studies are focusing on fruit trees and ornamental trees.  Maple trees are the common species of tree used in the study due to SLF having a preference for it.  Results of the studies have been limited to date but researchers have identified 10 new compounds that are now labeled to for SLF treatments.

Some of the preventative and monitoring methods that Dr Urban discusses includes the use of lures and traps.  Scientists are trying to develop a lure and trapping system to physically attract and then capture the SLF.  This method can be very useful in areas where the use of insecticides is not permitted or not desired.  The testing is being conducted in Pennsylvania, where SLF pressure is high, and Virginia, where SLF pressure is low.

Another aspect of attracting SLF is a study on whether SLF are attracted by sex pheromones.  Sex Pheromone trapping is extremely effective in another invasive insect, the stink bug.  The study showed that SLF is like other leaf hoppers in that it is not attracted by sex pheromones.  Leaf hoppers, including the spotted lanternfly, call to each other through the plant.  This is referred to as substrate born communication.  Further study is needed to understand this method of communication.

Dr Urban discusses non-chemical treatment studies being controlled using biological control. Biological control is using a natural predator or enemy of the species and employing that for control.  Since the SLF is an invasive species, there are few natural predators found here in Chester County.  One study has found a parasitic wasp that lays its eggs into the egg mass of the SLF.  This type of parasitic wasp was first introduced into the U.S. in 2004 to combat the Gypsy Moth infestation.  Early results show that this wasp is infesting the SLF egg masses but not a  high rate.  This may change as the population of SLF increases.

Another area of current study that Dr Urban discusses is the micro-biome of the spotted lantern fly.  The micro-biome is the bacteria located in the SLF gut.  Just like humans, this bacteria lives symbiotically with the SLF and aids in digestion.  Researchers are investigating a method to attack this micr-biome and achieve SLF control from the inside.

The tree of heaven is the preferred tree species that the SLF inhabit.  The tree of heaven is also itself an invasive species in Pennsylvania.  Dr Urban discusses a study being conducted to see whether this species of tree is necessary for SLF growth and development.  Researchers have been tasked with attempting to grow, rear, reproduce, and produce viable offspring of SLF without the tree of heaven.  To date, scientists have been able to through all of the life stages of the SLF without the tree of heaven except for the last 2 steps.  The researchers have not been able to get the SLF to reproduce or produce viable offspring.  As we enter the winter season, the studies continue and new results may be available in the spring of 2019.

New updates on the biology of the spotted lanternfly were also discussed by Dr Urban.  Since the SLF feeds on the sugary sap of its host, its excrement is also sugary.  This sugary excrement is called honey dew.  In addition to attracting other insects, this sugary excrement causes other issues.  Black Sooty Mold has been seen on grape leaves as the result of SLF infestation.  This black sooty mold has the potential to block photosynthesis and thus negatively impact the plant.  Since commercial grape growers apply fungicide to their crop, they have not been impacted by this type of mold.  Native wild species can be effected by this type of mold however.

If you would like to learn more about the new research and studies being performed, check out the Penn State Extension website here.

We are experienced and trained to identify and treat for Spotted Lanternfly.  The time of year, seasons, temperature, and moisture all impact treatments for SLF.  We offer systemic treatments, soil treatments, and broadcast treatments to protect your property from spotted lantern fly.  The Penn State Extension website has a great calendar to provide you with an overview on a year-round approach to SLF treatments.

If you are going to treat the spotted lanternfly yourself, make sure you read, understand, and follow the directions on any insecticide that you use.  We are licensed and certified to apply restricted use pesticides to resolve your spotted lantern fly issue.  In addition to spotted lanternfly, we also treat for general pests and rodents, termites, and wildlife. Give us a call or contact us here to schedule an inspection and treatment for your spotted lanternfly problem.  We have treatment options that are affordable, professional, and effective to get you and keep you pest free.