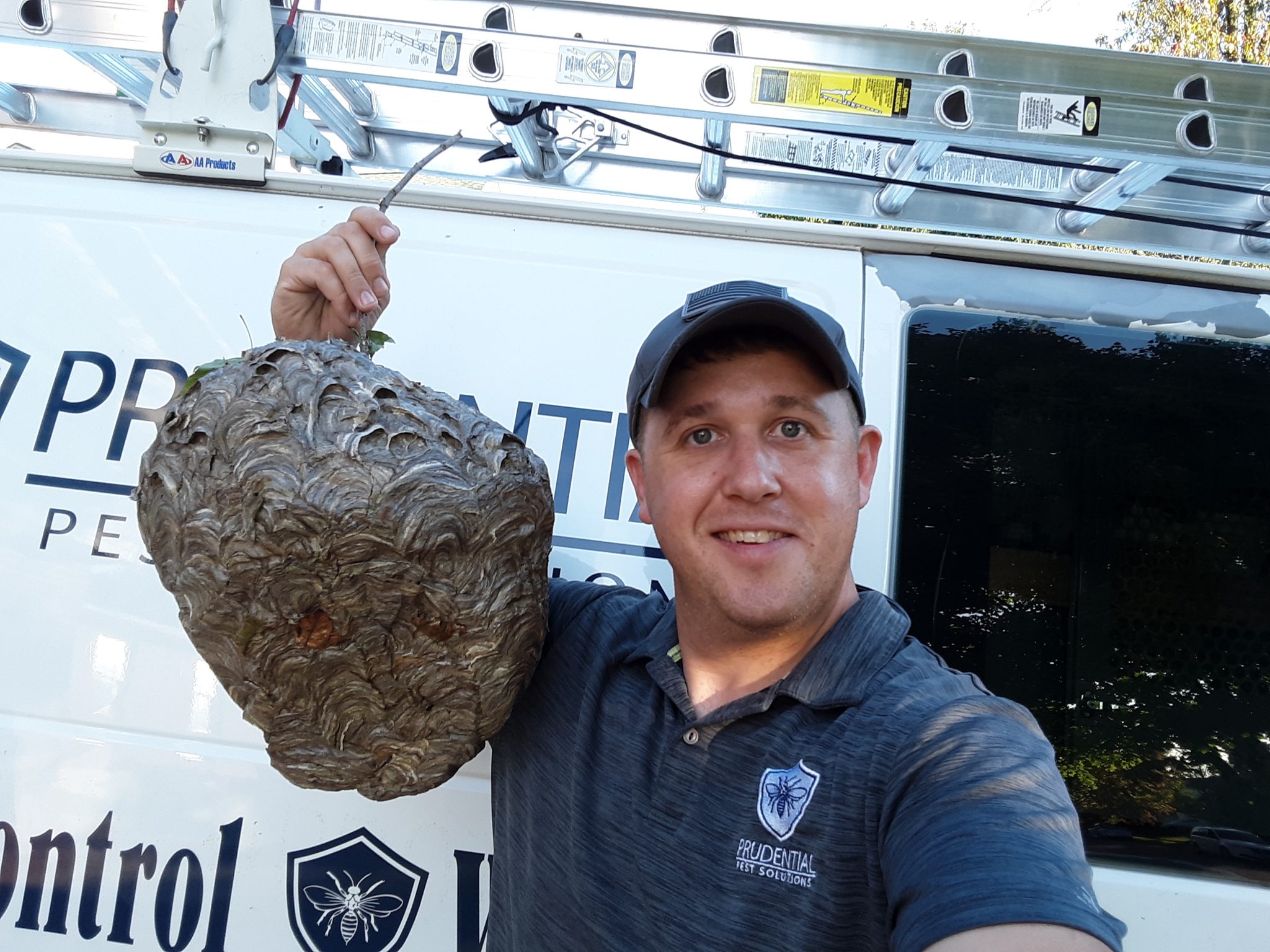 We had a client recently that was seeing yellow jackets fly out from under her deck. The client had already gone through many wasp and hornets spray cans before she finally called us to treat the problem.

Spraying did not solve the problem

Where the client was spraying was where she was seeing the wasps entering and exiting the area under the deck. The problem with this method was that she would have NEVER eradicated the nest itself.

How we treated and eradicated this nest

The first step when getting into a confined space with a bunch of stinging insects is to properly protect yourself. I use a bee veil, hard hat, long sleeve jacket, and long pants.

After entering the space, I spotted where the yellow jackets were entering and exiting their hole in the ground. I approached the opening of the nest and applied an aerosol insecticide called P.T. P.I.

P.T. P.I is a very fast acting, quick killing aerosol that permeates the nest fast and kills the yellow jackets almost instantly. This product is perfect for when you need to kill the yellow jackets fast because you are in an enclosed area like we were under the deck.

If we were not able to remove and destroy the nest, then applying a long lasting residual insecticidal dust to the nest opening would be sufficient to prevent re-infestation. The dust has a much longer residential than the aerosol and provides long lasting treatment.

Prudential Pest Solutions is a family and veteran owned and operated pest control and exterminating company. We service Berks, Chester, Montgomery, Delaware County and All of South Eastern and South Central Pennsylvania

How to contact the best yellow jacket exterminators around

Give us a call or text us at (484) 401-4361 to speak with the best yellow jacket exterminators in South Eastern and South Central Pennsylvania.

One thought on “Yellow Jackets Under the Deck”